The Ocelot (Leopardus pardalis), also known as the dwarf leopard, is a wild cat distributed over South and Central America and Mexico, but has been reported as far north as Texas and in Trinidad, in the Caribbean. The ocelot is similar in appearance to a domestic cat. Its fur resembles that of a clouded leopard or jaguar and was once regarded as particularly valuable. As a result, hundreds of thousands of ocelots were once killed for their fur. The feline was classified a “vulnerable” endangered species from 1972 until 1996, but is now rated “least concern” by the 2008 IUCN Red List.

Below you will find 30 amazing pictures of this beautiful animal along with additional facts scattered throughout. Enjoy! 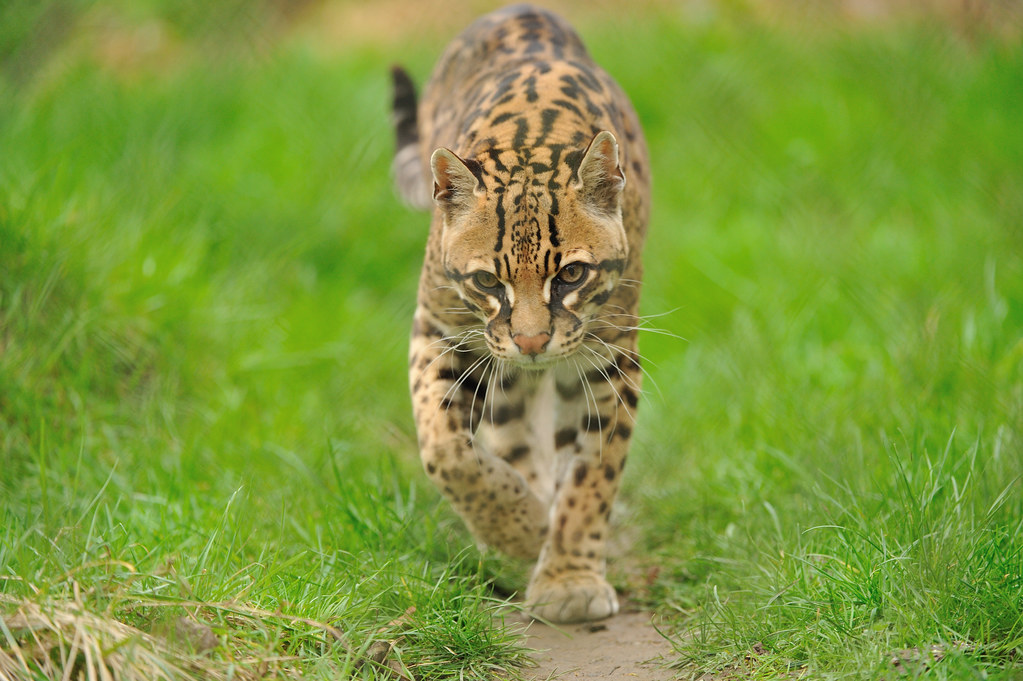 The ocelot’s genus Leopardus consists of nine similar species to the ocelot, such as Geoffroy’s cat and the margay, which are also endemic to South and Central America. All of the cats in the Leopardus genus are spotted, lithe, and small, with the ocelot being the biggest of its genus. [Source] 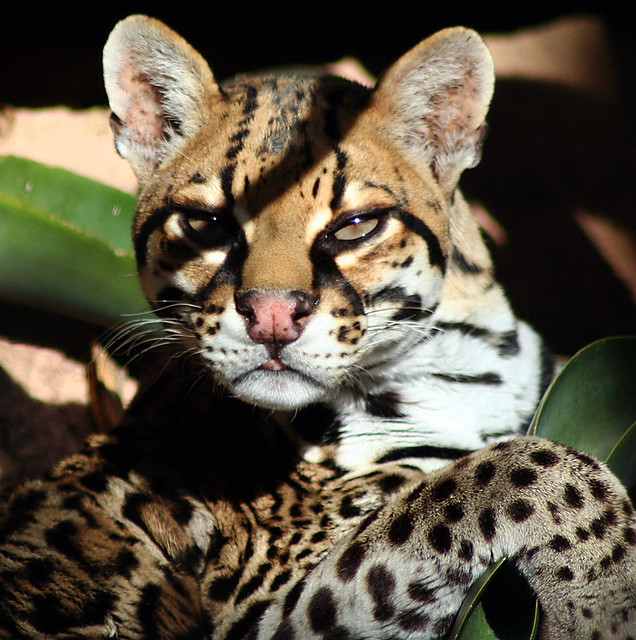 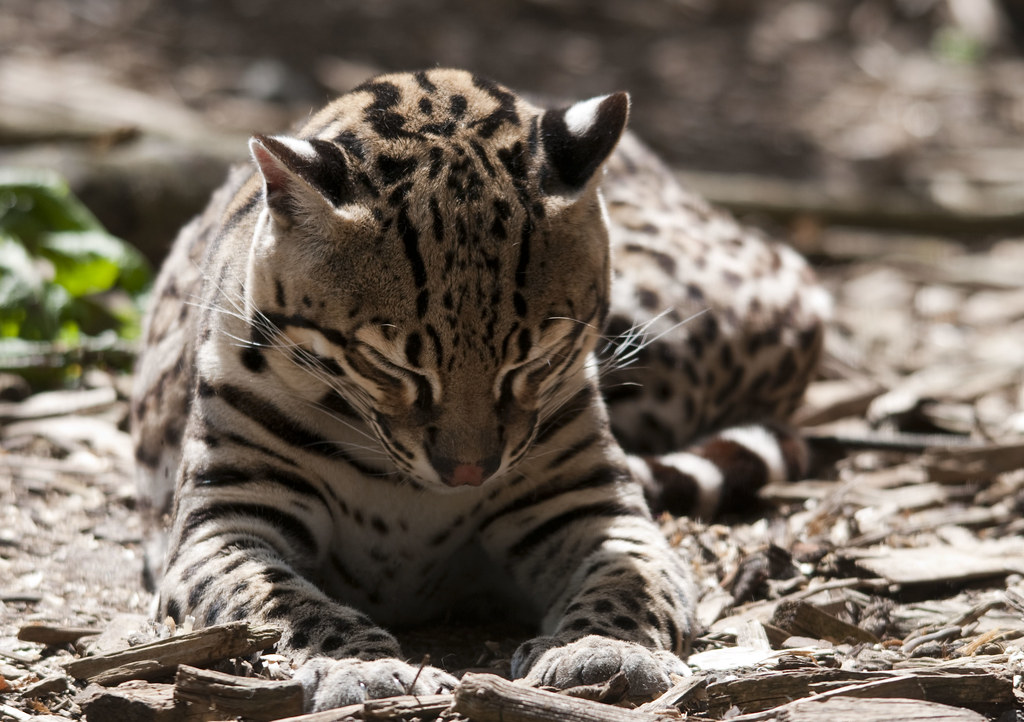 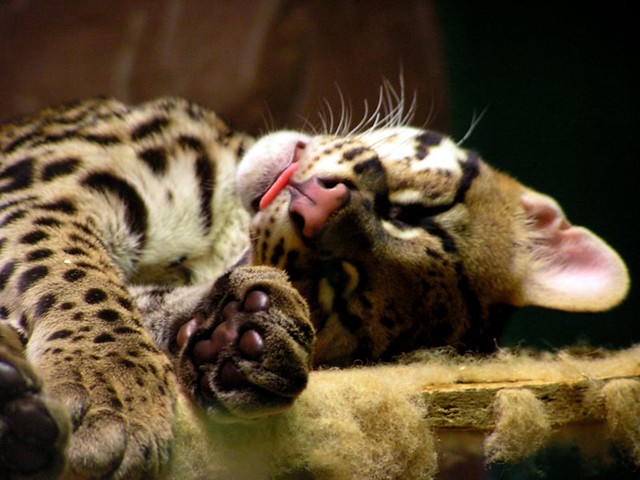 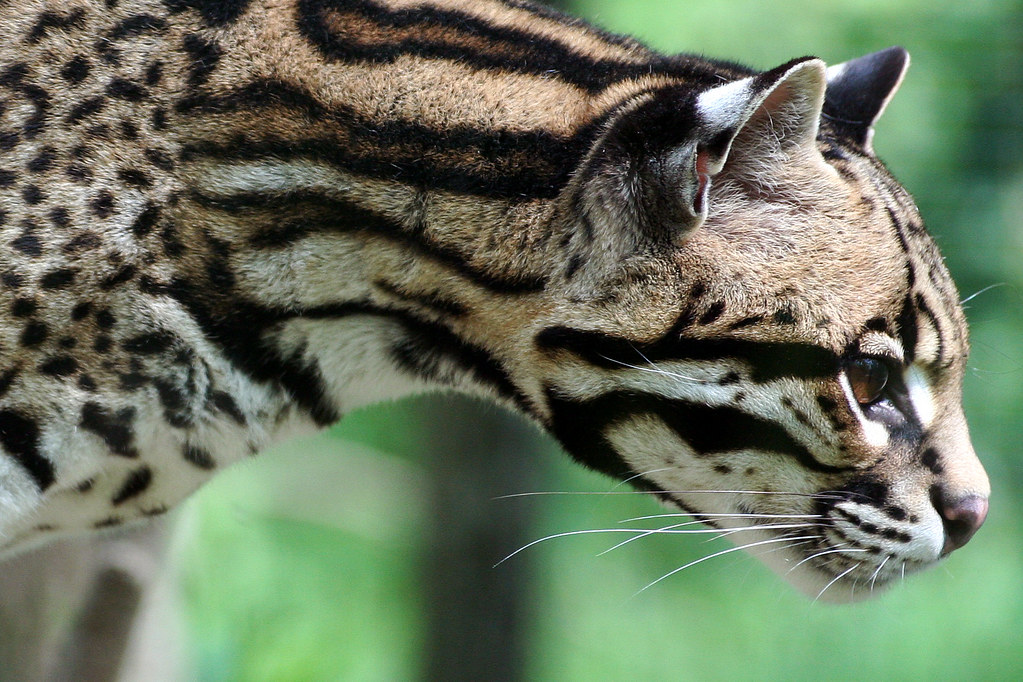 The ocelot ranges from 68 to 100 centimetres (27 to 39 in) in length, plus 26 to 45 centimeters (10 to 18 in) in tail length, and typically weighs 8 to 18 kilograms (18 to 40 lb), although much larger individuals have occasionally been recorded, making it the largest of the generally dainty Leopardus wild cat genus. It has sleek, smooth fur, rounded ears and relatively large front paws. [Source] 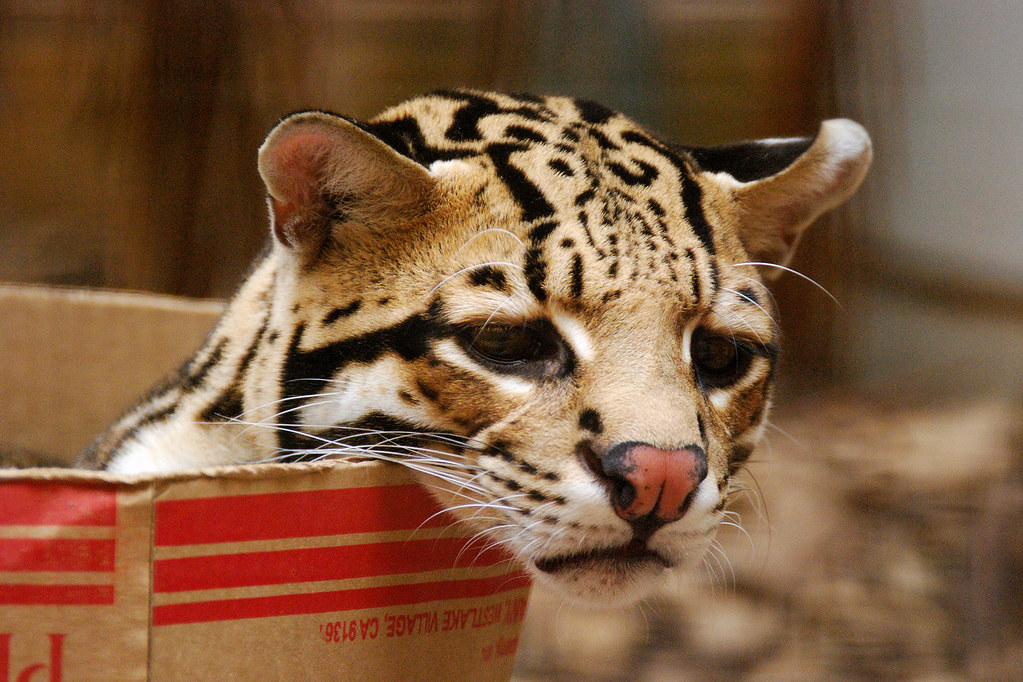 The ocelot is mostly nocturnal and very territorial. It will fight fiercely, sometimes to the death, in territorial disputes. In addition, the cat marks its territory with urine. Like most felines, it is solitary, usually meeting only to mate. However, during the day it rests in trees or other dense foliage, and will occasionally share its spot with another ocelot of the same sex. Males occupy territories of 3.5 to 46 square kilometers (1.4 to 18 sq mi), while females occupy smaller, non-overlapping territories of 0.8 to 15 square kilometers (0.31 to 5.8 sq mi). [Source] 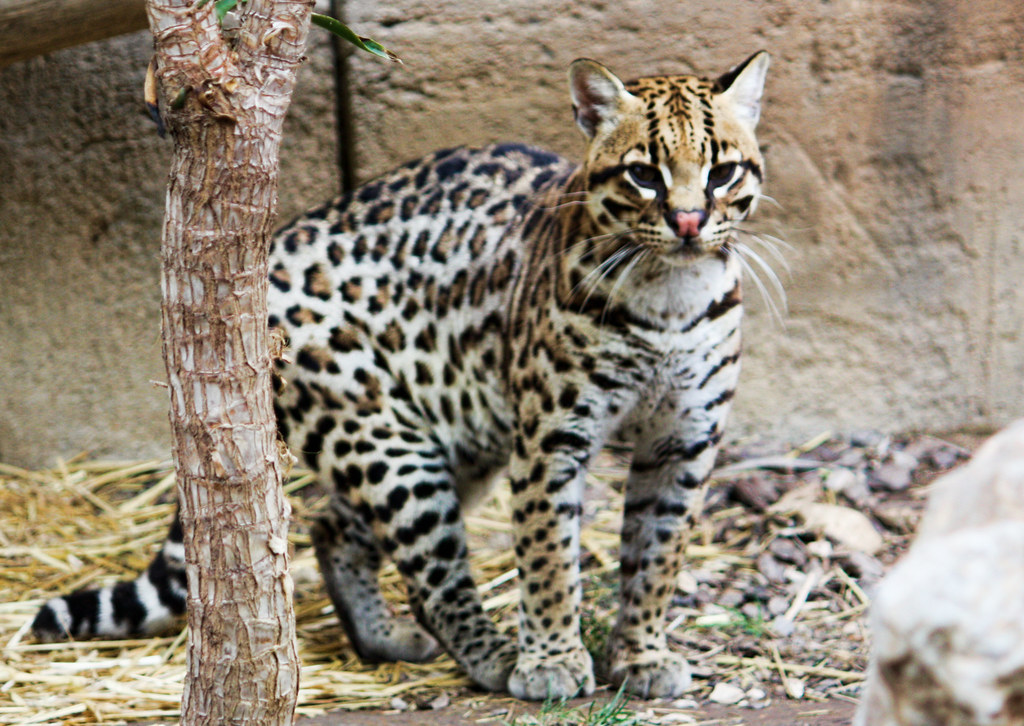 Ocelots hunt over a range of 18 km2 (6.9 sq mi), taking mostly small mammals (various rodents), reptiles and amphibians (lizards, turtles and frogs), crab, birds and fish. Almost all of the prey that the ocelot hunts is far smaller than itself, with rodents,rabbits, and opossums forming the largest part of the diet. [Source] 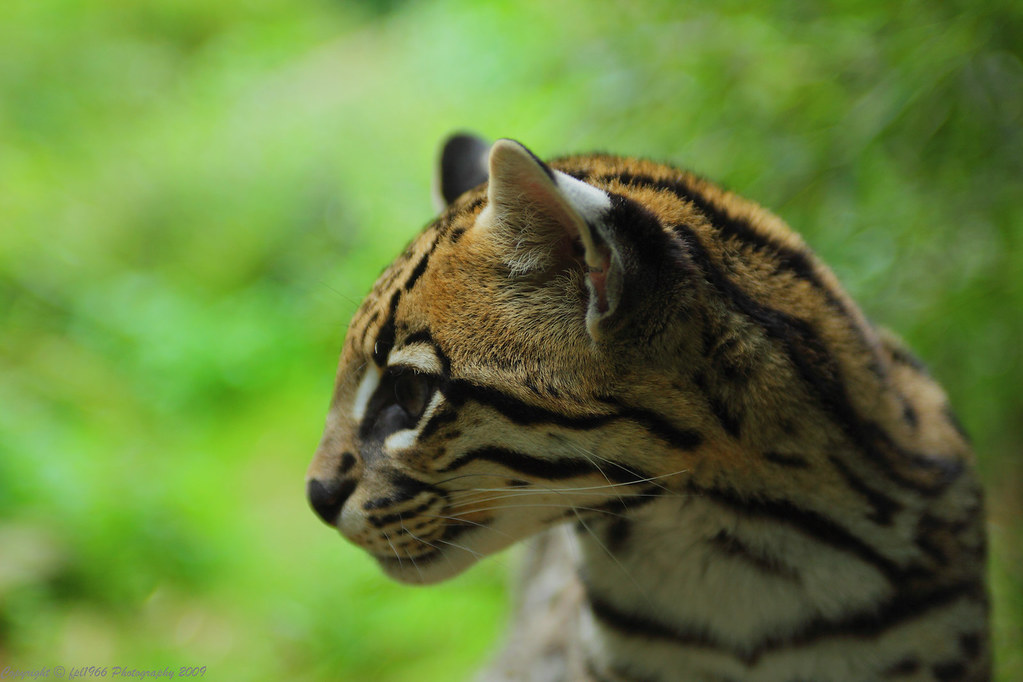 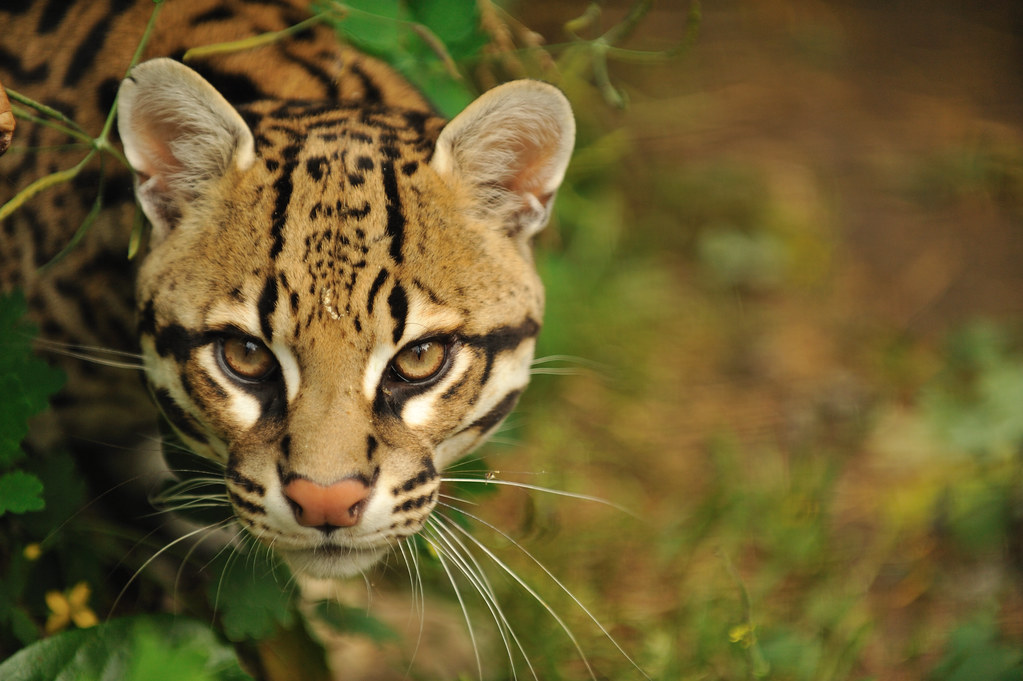 Photograph by B. TSE

Compared with other small cats, ocelot kittens grow quite slowly. They weigh around 250 grams (8.8 oz) at birth, and do not open their eyes for fifteen to eighteen days. They begin to leave the den at three months, but remain with their mother for up to two years, before dispersing to establish their own territory. Ocelots live for up to twenty years in captivity. [Source] 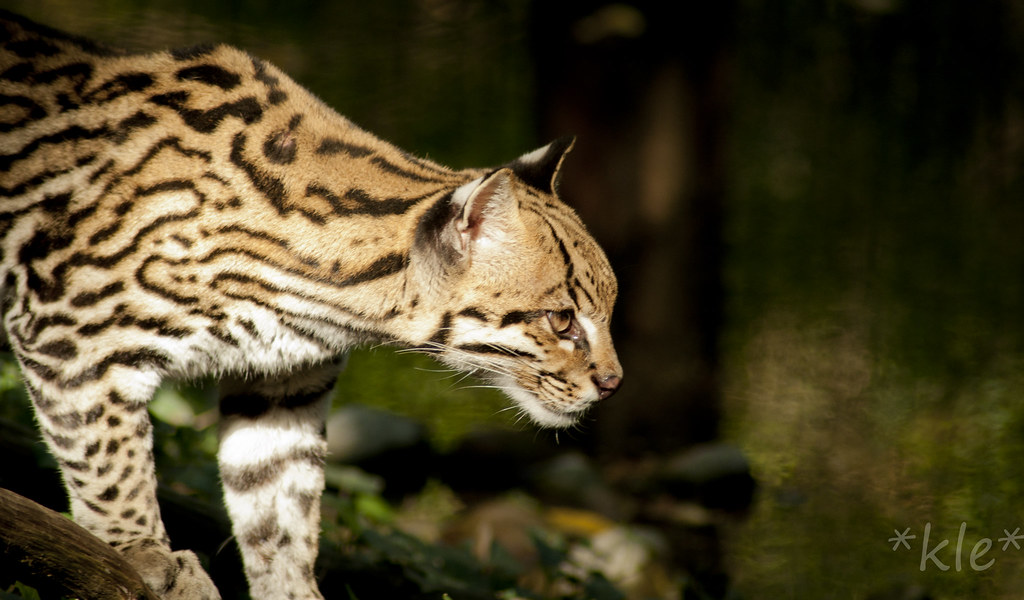 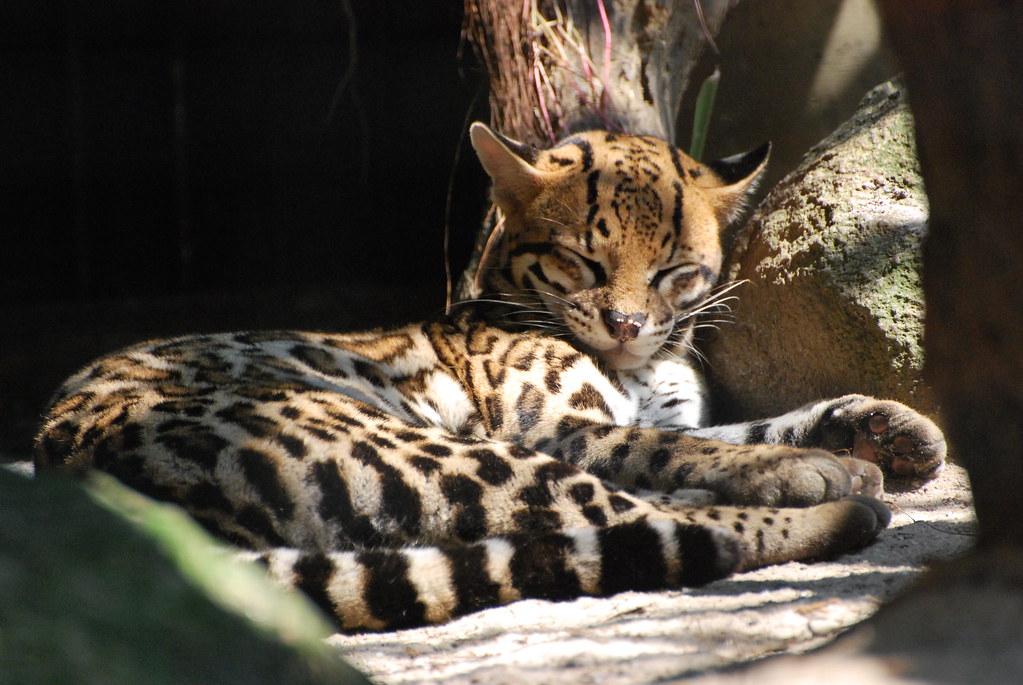 Like many wild cats, it is occasionally kept as a pet. Salvador Dalí frequently traveled with his pet ocelot Babou, even bringing it aboard the luxury ocean liner, SS France. Musician Gram Parsons kept an ocelot as a pet in the back yard swimming pool area of his family’s Winter Haven, Florida, home during his teens, in the mid-1960s. The Moche people of ancient Peru worshipped animals and often depicted the ocelot in their art. [Source]